The sale of 33 convenience retail outlets owned by 7-Eleven is being heralded as one of the most successful commercial portfolios in history, after every one of the properties sold for a combined $156 million.

Commercial agency Burgess Rawson successfully auctioned a final tranche of 18 properties at a 100% clearance rate on behalf of Australia’s number one fuel and convenience retailer on Tuesday, after earlier selling 15 of the company’s outlets at an auction in October 2019.

All properties sold on Tuesday traded on a blended yield of 4.83 per cent, in a telling sign of the strength of the fuel and convenience retail market, with one asset at Wahroonga in Sydney achieve a stunning yield of just 2.5% after selling for $4.67 million.

A further eight outlets sold on yields in the 4% range, including one in Penrith South, which was declared on the market on its first bid and reached $4.56 million, while another property at Pascoe Vale in Melbourne’s north sold for $4.775 million on a 4.09% yield.

Across both campaigns the 33 properties recorded an almost unprecedented blended yield of 4.76%, with the NSW properties on Tuesday selling on a combined yield of 4.46%.

Perlinger adds: “Today’s auction alone was attended by 144 bidders and generated an estimated buyer pool of more than $550 million, which is a very clear indication that there is still a significant amount of unsatisfied demand in the fuel and convenience retail market.” 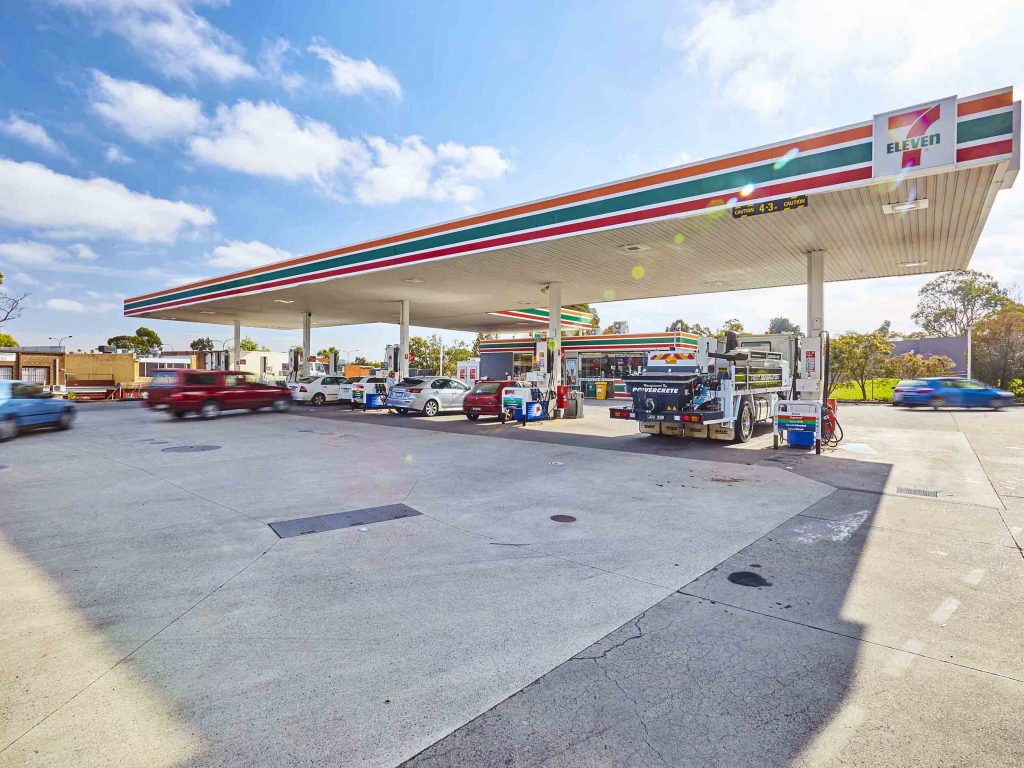 The 7-Eleven at Wantirna in Melbourne’s east recorded the event’s highest price, selling for $7.13 million on a 4.59% yield as investors chased the property’s large block of surplus land.

Staddon says investors had recognised the quality and long-term potential of the offering.

“These properties featured new 12-year leases to Australia’s number one convenience retailer in A-grade locations, so it’s little surprise that they were all well-received by the market,” he says.

7-Eleven General Manager of Retail Operations Braeden Lord says the results are an outstanding vote of confidence in the brand.

“Today was an incredible endorsement of our business and how we continue to understand and deliver on the changing consumer demands in convenience retailing,” Lord says.

“A blended yield of 4.83% was beyond our expectations.”

“The proceeds from the portfolio sales will be critical for our targeted rollout of more than 30 stored per year and over 200 planned store upgrades across the existing network this financial year.”