Melbourne’s Withers family today sold a national portfolio of 7-Eleven outlets for a total of $77.915 million.

The 15 properties, offered as sale and leaseback investments, with starting 12 year terms, exchanged on passing yields of between 3.82-6.07 per cent.

An outlet in Melbourne’s northern suburb of Campbellfield was the most valuable – trading for $8.52 million on a 4.54 per cent yield. 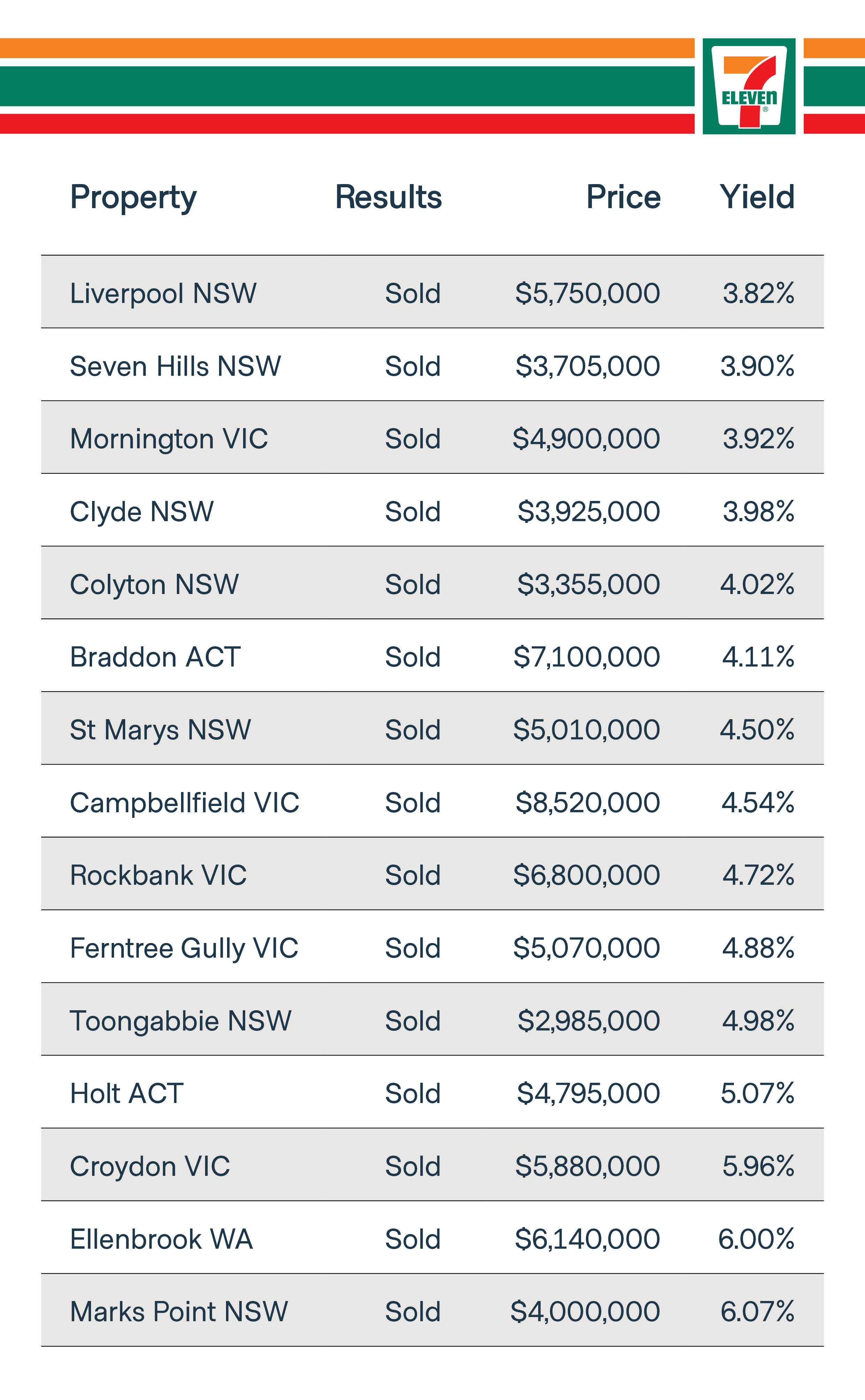 In the Australian Capital Territory, a Braddon outlet sold for $7.1 million.

The highest priced Western Australian investment was in Ellenbrook, trading for $6.1 million

Of the seven assets listed in New South Wales, an outlet in Liverpool was the most expensive, achieving $5.75 million.

Starting at 10:30am at Auctionworks in Sydney, the auction continued at Crown Casino, in Melbourne, from midday. Prospective buyers in Perth, Brisbane and Canberra were connected, and able to bid.

A major transaction was a Woolworths leased supermarket in Seymour which traded for $15.42 million while a Werribee commercial property tenanted to First Choice Liquor traded for $7.75 million, reflecting a 4.1 per cent yield.

Businessman Russell Withers and his late sister Beverley Barlow acquired the Australian franchise of US convenience retailer 7-Eleven in the 1970s.

They opened the nation’s first outlet in the south east Melbourne suburb of Oakleigh in 1977.

In 2010, they acquired about 300 petrol outlets from ExxonMobil.

In 2014, the pair acquired the rights to sell Starbucks, here.

Ms Withers undertook 7-Eleven’s payroll in the early years, and it is reported in this item by The Age that a high-profile company pay scandal unveiled in mid-2017 created tension with her brother.

Russell Withers is no longer on the 7-Eleven board – retiring in late 2015.

But Beverley’s son, Chris Barlow is.

Since 2014, the family company has been changing its real estate strategy, particularly in regard to renting over owning.

Earlier this year, 7-Eleven was relocated to rented headquarters in Cremorne, a pocket said to command some of the highest commercial rates outside of the Melbourne CBD.

Five years ago, another 15 7-Eleven outlets were sold with leasebacks, reaping a total of $71.1 million.