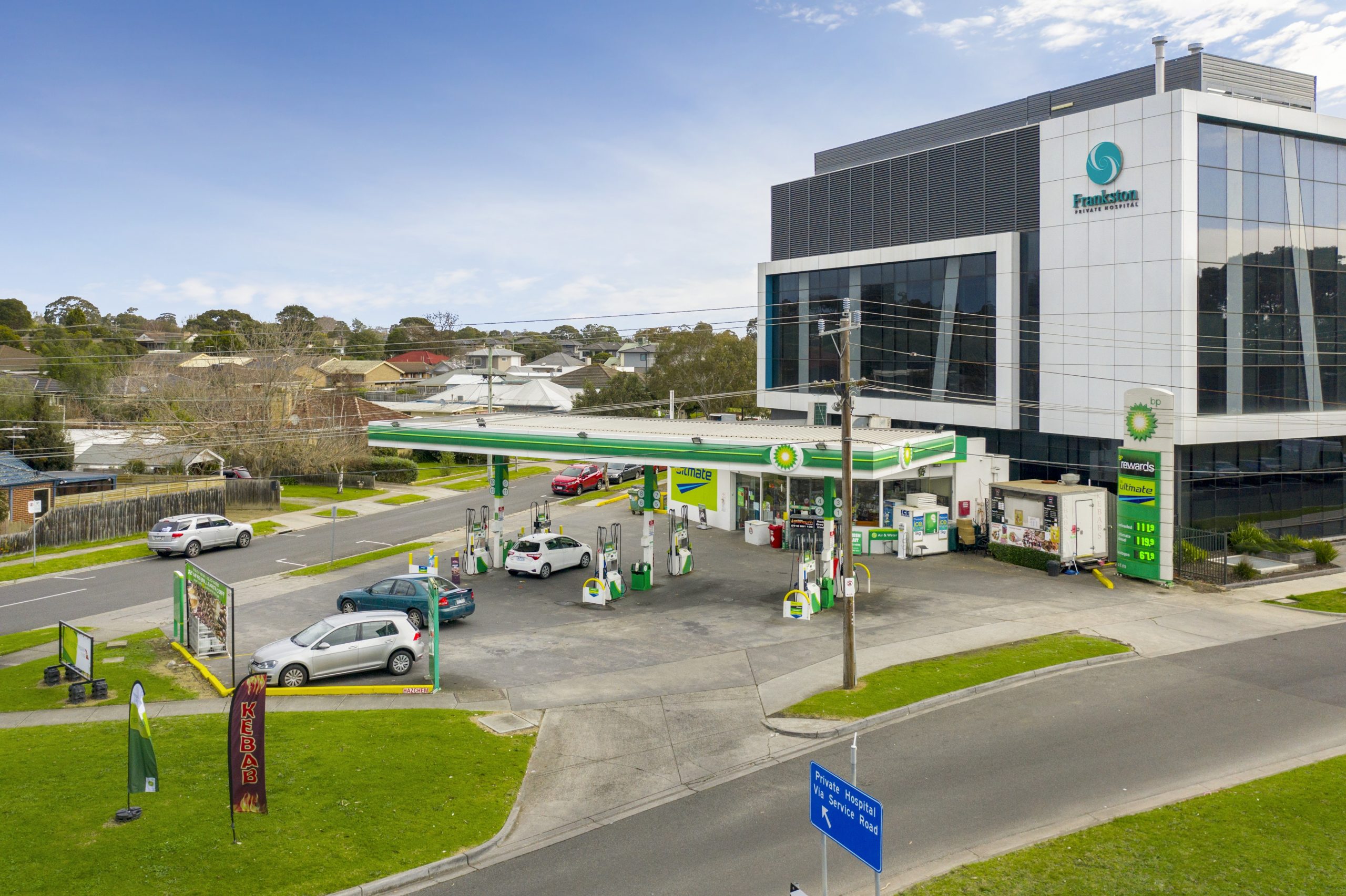 An affordable service station investment at one of suburban Melbourne’s most prominent locations could spark a race to the pump for investors.

The BP service station at Frankston occupies a long proven fuel and convenience site on Moorooduc Hwy, at the doorstep of Frankston Private Hospital, immediately opposite Monash University’s Peninsula campus and at the southern gateway to the Frankston CBD.

The property, which sits at the gateway to the Frankston CBD and is passed by more than 24,000 cars daily, has a 10-year lease to independent operator NUV Petroleum to July 2026, with two additional 10-year options.

With fuel investments continuing to perform impressively on the commercial property market, even throughout the coronavirus pandemic, Burgess Rawson director Raoul Holderhead said it was clear investors had them marked as an asset class to watch.

Mr Holderhead said the Frankston property’s location, coupled with a predicted price point of around $2-2.1 million, made for excellent investing.

“Last auction we also sold the Caltex at Moama in a similar price bracket, which was an outstanding result. If I’m spending my money, I’m buying this one, given the lease to 2026 plus the metropolitan location,” he said.

“It’s a very rare and affordable metropolitan Melbourne offering, given the price tag and where it is.”

The service station occupies an 876sqm site that has been a fuel retail location since the mid-1980s and has triple street frontage of more than 80 metres.

The asset was completely rebuilt in 1997, with new fibreglass tanks and lines installed.

It currently returns $119,245 per annum plus GST from NUV Petroleum, a growing independent operator with 29 fuel sites across Victoria, New South Wales and South Australia.

Mr Holderhead said a yield of around 6% was expected.

The property at 38 Frankston-Flinders Road is being sold via expressions of interest, which close on August 5 at 4pm AEST.