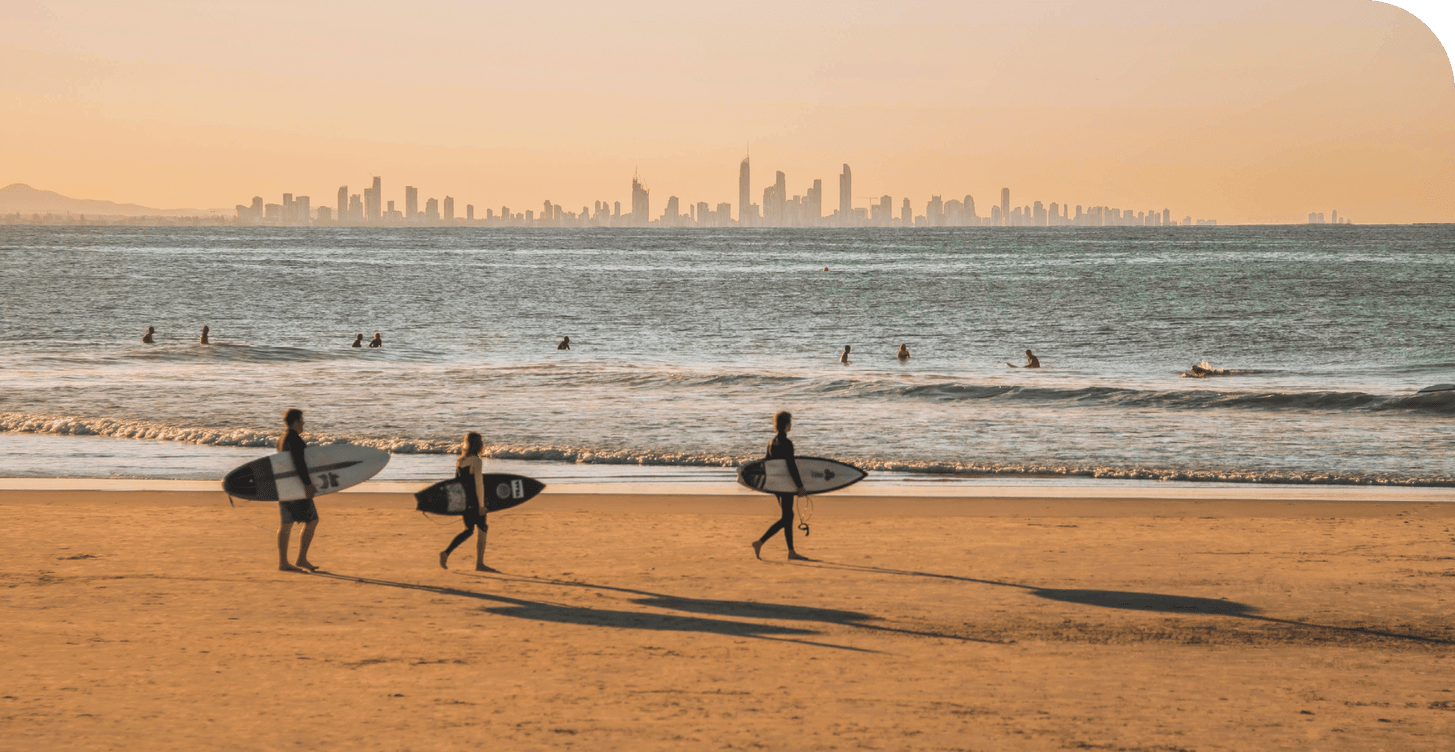 In the words of Dorothea Mackellar, we live in a ‘land of sweeping plains, of ragged mountain ranges’. From rainforests and deserts to ski-fields and golden sandy beaches, our sunburnt country is one of the most popular tourism destinations worldwide.

Many travellers take themselves on the great Aussie Road Trip, and with more than 800,000 kilometres of highways, the options are endless!

You can take in the scenery, enjoy a delicious meal or refuel the car before hitting the open road once again. It’s the business and services that you visit in these picturesque regions that bring the towns to life.

Over the next few months we will be showcasing these locations as superb centres for prime commercial real estate – attractive not only for their natural and developed beauty but for investors, owner occupiers and tenants alike.

Our first feature commences in north Queensland with Cairns, Townsville, Airlie Beach and Rockhampton, before heading south to the Sunshine Coast, Brisbane and the Gold Coast, including areas dotted along the border.

It’s no secret Australians have had a love affair with Queensland for decades thanks to it year-round tropical climate.

More than 26 million domestic and international visitors travel to Queensland and almost $13 billion worth of tourism is contributed into the state’s economy each year.

Cairns is the gateway to Queensland’s tropical north, where the rainforest meets the reef. Whether you want to snorkel with the turtles in the Great Barrier Reef or take in the panoramic views from a journey on the Skyrail Rainforest Cableway, it’s a city that is best enjoyed outdoors. Chinese, Japanese and American tourists top the international visitor list spending about $1,100+ per trip, with an impressive 2,300+ businesses servicing the region.

About 500km south of Airlie Beach is Rockhampton, the beef capital of Australia. More than 700 tourism businesses are based in Rockhampton to cater for the visitors, with 51,000 international tourists paying a visit (mainly from Germany, New Zealand and the UK) and a whopping 1,240,000 domestic travellers ticking Rockhampton off their bucket list.

According to Glenn Conridge, who heads up sale sin Queensland, Rocky has become a popular city with southern investors. “Recently we sold a new United fuel station for $4.7 million on a 6.5% yield. The asset was leased for 15 years for 3% annual increases. Buyers were motivated by the strength of the local economy and by the fact that solid investment opportunities are not as prevalent as in south east Queensland.” Glenn ins very positive about the greater Rockhampton region given its access to unique tourism hot spots and the underlying economic drivers of beef and mining.

Hervey Bay is located a comfortable three and a half hours’ drive or 45 minute flight north of Brisbane. Qantas and Virgin Australia now fly directly to Hervey Bay from Sydney and Brisbane. Hervey Bay’s abundance of natural assets include the Great Sandy Strait, and World Heritage Site, Fraser Island.

Hervey Bay is renowned as a ‘must do’ destination for backpackers and is the main access point to Fraser Island and Lady Elliot Island on the Southern Great Barrier Reef. Recognised as the Whale Watching Capital of the World, Hervey Bay is home to the majestic humpback whales from July to early November.

While Brisbane promises the hustle and bustle of a city, the Gold Coast offers costal living and prime beachside development opportunities. Tourists from China, New Zealand and the UK top the international visitor list with more than 982,000 people worldwide choosing to stay on the Gold Coast each year.

International tourists pour $1.24B per annum into the local economy, but it’s the trips made by Aussies that account for the majority, totalling $3.73B.

“Coolangatta is emerging as one of the most sought-after locations on the Gold Coast. Iconic Aussie brands such as BWS are guaranteed to capture investor attention. A prime example was a store located on the ground floor block on prominent Griffith Street. Servicing regular and thirsty clientele all year, it’s a rare asset in an ideal holiday location.” – Michael Gilbert, Burgess Rawson Sydney

Several beaches are nestled along the coastline in this region with Caloundra, Coolum, Maroochydore, Peregian and Noosa being popular destinations. Domestic travellers account for a whopping 98% of all visitors, spending $598 for an overnight adventure or $94 for a day trip. Not surprisingly, more than 4,100 tourism businesses call the Sunshine Coast home to cater for the industry’s annual spend of $1.84 billion.

The Sunshine Coast now boasts a distinct commercial property investment market with the latest sale being the brilliant ARTISAN shop opposite the beach at Cotton Tree. The sale for $2.7 million on a strong yield of 6.5% – to an interstate investor is further proof of the interstate interest in the region. This sale follows on from the Buderim childcare centre sold for $4.11M at a yield of 6%. According to Glenn Conridge, “There is optimism around the growth in infrastructure and population growth assisted by the easy access to Brisbane.”

Cruising down south from Townsville you can stop and stretch your legs at Ayr or Bowen, before arriving at the famous Airlie Beach. Considered the entrance to the Whitsundays, Airlie Beach is home to some of the most picturesque sights in the world. For a town only hosting about 35,000 people, domestic and international tourists inject almost $800 million into the economy annually.

On the last leg of the road trip is the haven of Bryon Bay – home of international celebrities, free-spirited residents and an abundance or tourists. The renowned sandy beaches and heaving restaurant scene attracts over two million people each year. In addition to the famous international festivals such as Byron Bay Bluesfest, Splendour in the Grass, and Falls, there are activities to enjoy all year round including the Cape Byron Lighthouse walk, the Crystal caste adventure and surfing at Wategos.

Queensland and Northern New South Wales offer an idyllic lifestyle second to none. The strong population growth combined with its affordability in property has made this part of Australia an ideal investment location. Attractive yields on commercial properties are available to investors and the diversity of the state and surrounds ensures business on a local and global scale.

Keep a look out for Burgess Rawson’s next instalment of the Great Aussie Road Trip where we continue through New South Wales and beyond.