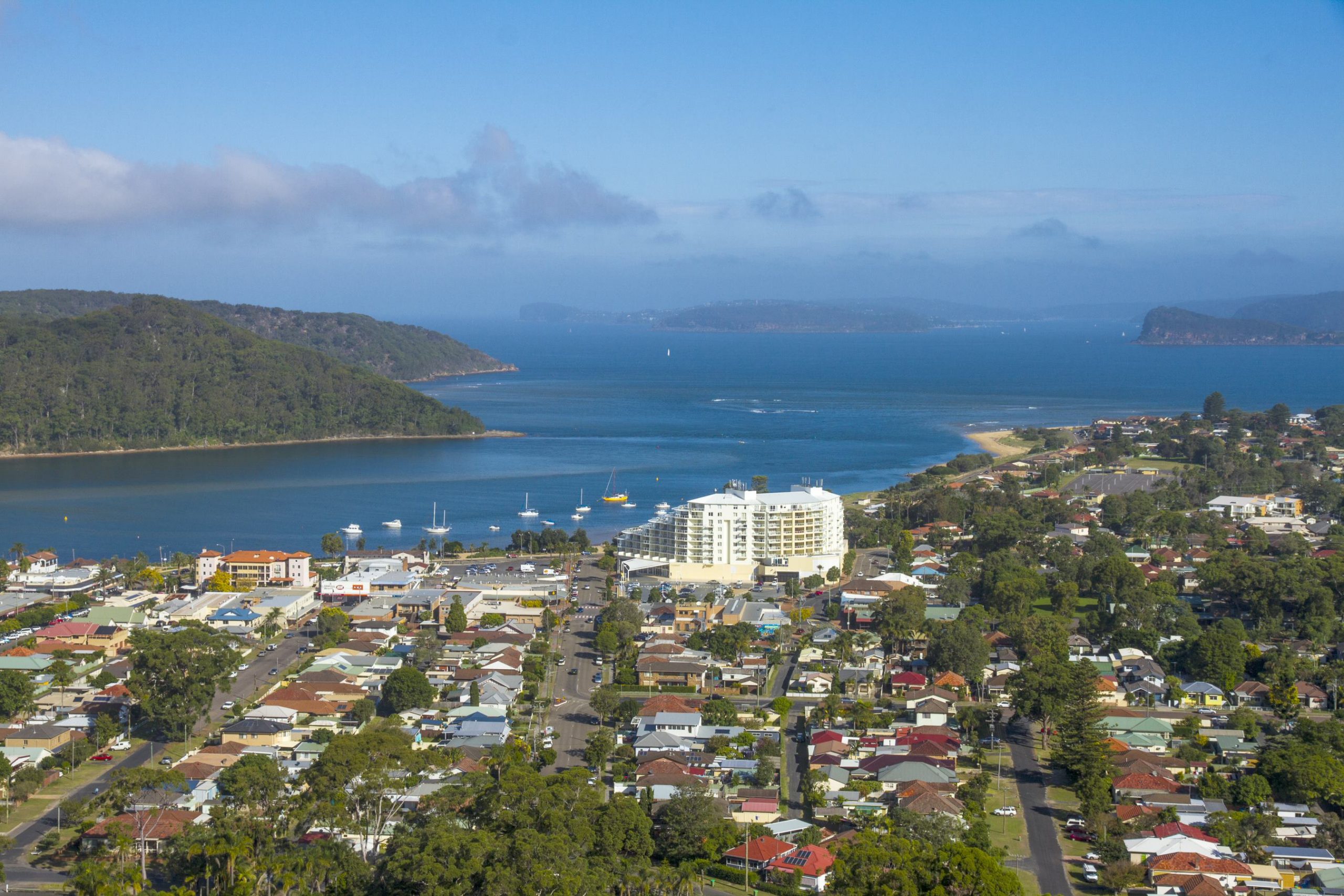 When we launched The Great Burgess Rawson Road Trip series in March, who would have thought that exploring our state by vehicle would soon be the only viable travel option?

But the blue sky to this pandemic is the opportunity to visit these locations and highlight their remarkable qualities.

And what better way to support local economies than to really experience Australia by taking a weekend trip in our own backyard, showcasing some key centres for prime commercial real estate along the way.

In this edition of The Great Burgess Rawson Road Trip, we hit the road from the northern border of New South Wales in Byron Bay and head down south to Coffs Harbour, inland to Tamworth and back to the coast at Port Macquarie, taking in Newcastle and the Central Coast en route.

If it’s a family adventure you’re after, it’s hard to go past the spectacular Coffs Coast and its beating heart, Coffs Harbour. From bushwalking and whale watching to the iconic Big Banana, stunning beaches and marine sanctuary, the beachside city is home to an abundance of attractions for all ages. Coffs Harbour lies about five-and-a-half hours’ drive north of Sydney, with direct flights from Sydney, Melbourne and Brisbane.

“We have sold almost every asset class in this city, from a cinema, government services, The Coffs Hotel, medical and childcare centres, through to neighbourhood shopping centres and more. We sold a brand new Guzman y Gomez for $3.1 million on a strong 4.1% yield, and diners were queued up around the site,” Mr Gilnbert said.

“Coffs Harbour’s spectacular climate and strategic position between two major capital cities on the east coast has seen the location grow into an important regional hub for businesses and the government.”

Coff’s Harbour’s strong economic and population growth, along with the local council’s forward-thinking approach to strategic planning and environmental management, make it one of the fastest growing and most dynamic areas within NSW.

Australia’s country music capital has it all: world-class music, delicious food and wine, fascinating heritage and a thrilling rodeo. Home to the 12m high Golden Guitar and a famous country music festival, visiting Tamworth is easy, with car, train and plane options.

Those wishing to immerse themselves in the region’s history can spend the night in the beautifully refurbished Goonoo Goonoo Station, an architecturally designed award-winning cattle station featuring boutique accommodation and dining.

Tamworth commercial properties sell regularly through Burgess Rawson, with banks, industrial buildings, medical properties and childcare all featuring among recent results. They include the Superior Food Services building in Taminda, Tamworth’s premiere industrial precinct, which was purchased amid fierce competition last year on a sharp 5.59% yield.

Burgess Rawson Sydney’s Associate Director, Rhys Parker, said investors were drawn to the property’s reliable tenancy, which was also a factor in the hotly contested sale of a 102-place childcare centre, leased to Think Childcare, which sold for $3.555 million on a 6.95% yield.

As an established and growing regional centre, Tamworth continues to be one of Australia’s most highly regarded regional destinations for commercial property investment.

Greater Port Macquarie is a place of unspoiled beauty, with secluded beaches, sparkling estuaries and stunning national parks dissected by unique walking trails. There’s no question it’s one of NSW’s best spots to get out on the water.

Located on the mid-North Coast, it’s a four hour drive north of Sydney and six hours south of Brisbane, with trains stopping daily at Kendall and Wauchope, or access via Port Macquarie’s airport.

Port Macquarie-Hastings’ estimated population of more than 83,500 is forecast to grow to 103,993 by 2036, making it one of the fastest growing regions in the state. The Port Macquarie-Hastings area has a $6 billion economy and is known for its busy net exporting industry, and it’s also an impressive performer in the commercial property market, as evidenced by the recent sale of a childcare centre, which childcare specialist Michael Vanstone traded for $3.01 million on a yield below 6.5%.

Newcastle is a location transformed in recent years, reinventing itself as a trendy destination for younger types. Once a working class city, it is now a culinary and artistic hotspot that is also home to some of Australia’s best beaches.

Only a two-hour drive north of Sydney along the Pacific Highway or accessible via Newcastle Airport, it’s a city on the move and is set to welcome its first five-star hotel, Kingsley, in late 2020.

On the commercial property front, the city accounts for about 30% of the Hunter Valley’s developed industrial space and 80% of its office space, and though Newcastle’s industrial sector continues to play an important role, it is no longer a ‘steel city’, with a substantial and growing proportion of its economy now based around service sectors.

The Port of Newcastle is Australia’s largest coal export port by volume and a growing multi-purpose cargo hub. In the 2012/13 financial year it handled a staggering 150 million tonnes of bulk cargo valued at $19 billion.

An idyllic place to visit all year round, NSW’s Central Coast is where stunning beaches meet pristine national parks and waterways. Natural treasures are on tap in the region’s great outdoors, while it is increasingly known for its local food and wine destinations and markets, along with a thriving local arts scene.

The sheer variety of holiday homes, rural eco retreats and luxury hotels allows families to tailor their visit to their own holiday style.

As a region poised for rapid population growth and only an hour from Sydney, the Central Coast offers enormous opportunities for new residential, businesses, educational and visitor facilities. Industrial land sits next to major transport infrastructure and its location is one of its greatest assets, being halfway between Sydney and Newcastle and equal in distance between Melbourne and Brisbane.

“We recently sold a modern industrial investment leased to ASX-listed Dulux at Tuggerah for $2.272 million on a 5.98% yield. Medical centres, childcare centres and banks in this area regularly trade around the 6% mark, and enquiry numbers continue to increase as demand from Sydney-based investors rises,” Mr Staddon said.

“The Central Coast has long had a strong following and often witnesses yields similar to those found in capital cities. The close proximity to Sydney as both a commuter town and weekend getaway is key, and has cemented this region on investors’ shortlists wen looking for opportunities and long-term stable investment real estate.” Mr Staddon continued.

Keep a look out for the next instalment of The Great Burgess Rawson Road Trip, where we will be continuing our road trip from southern Sydney through to ‘capital country’ and Canberra.